The wife of a man abandoned in a temple by his mistress takes revenge and seeks police help against the underage wife for the mistreatment of her sick husband.

Municipal staff were called to Chang Yai temple in Thung Fon district, Udon Thani last week after reports emerged on social media that a crippled man, later identified as Panuwat, or Lung Than, 45, had been thrown there by a woman on a motorcycle.

She had propped him up on the back of her motorbike and strapped his body around her own waist for the 50km journey from Wang Thong in Ban Dung district, where they lived.

However, obviously tired of this heavy burden, she left it at the temple for safekeeping until her family could pick it up.

Monks provided the man with a mattress, a pillow and a mosquito net. Panuwat’s eldest daughter, Darika, 28, heard about the incident on social media and realized the man left behind at the temple was her father. She picked him up and brought him back to the family home in the Kumphawapi district.

Darika said her father’s mistress, Pakdee, 42, told the family she was returning Panuwat to their care, but left him at the temple rather than taking him to the family home as agreed.

She said that Pakdee treated her father no better than an unwanted cat and dog, thrown away by temple dwellers alike.

Panuwat had a stroke a year ago and can no longer walk. After initially caring for him, Pakdee last week called his mother, Dokmai, 72, saying she was moving to Bangkok for work. She asked her family to pick up Panuwat from her home in Ban Dung district.

However, Dokmai asked him to drop him off at their family home in Kumphawapi District and offered to send money for gasoline. Dokmai, who is shocked by what happened to her son, said she wanted to know what prompted Pakdee four years ago to attract a man who was legally married to his wife. “She has a black heart,” she said.

Recalling Panuwat’s stroke last year, his wife, Laddawan Prachantasen, 43, said her eldest daughter had offered to take care of her, but Pakdee said she would continue to take care of herself. the burden. However, she asked the family to send financial aid.

“I thought the girls were always worried about their father, so we concocted 2,000 to 3,000 baht a month. But then she went to throw him in the temple. I can’t accept it and I want the police take action,” Ms. Laddawan said.

After picking up Panuwat, she and the couple’s three daughters visited Thung Fon police.

Ms Laddawan said she and the girls went to work in Bangkok four years ago, leaving her husband alone in Kumphawapi. They rarely returned home.

Later, she found out he was seeing Pakdee. “I asked him to choose between me and the girls and his new adventure, but he chose his mistress and moved in with her in Ban Dung.

“Now, however, his underage wife is also ill and I think she thought Panuwat had only a limited ability to care for her, so she asked to return it.”

After visiting the police, the trio went to Pakdee’s house in Ban Dung to ask for his ID and medicine.

They took the village chief as a witness. However, they ran into Pakdee’s son, who angrily chased them away, saying they had discredited his mother’s name.

They fled rather than risk a confrontation. Later, two women from Pakdee’s family, his mother Heow and his aunt Naree, visited the trio with the village chief as a go-between, asking for understanding.

Pakdee, they said, suffered from mental illness. She was taking Panuwat to the doctor, they claimed, but dumped him in the temple instead. “She’s really sick and forgetful, and does things without realizing it. Please don’t take legal action,” they said.

Reporters went to see Panawut, who now lives with his wife.

He said Pakdee took him to Chang Yai Temple and told him to wait for his family to pick him up. She called her mother to say where she had left him, but did not return.

“I am not sorry that I was dumped as I have known Pakdee for many years and still love her. However, I will not be going back to her,” he said.

Ms Laddawan said she no longer loved her husband but would take him back as the couple still share emotional and family ties. The drama continues.

The owners of a steak shop in Udon Thani beat a beggar in the face of frustration after he stole their motorbike and sold it for a pittance to feed his drug addiction. 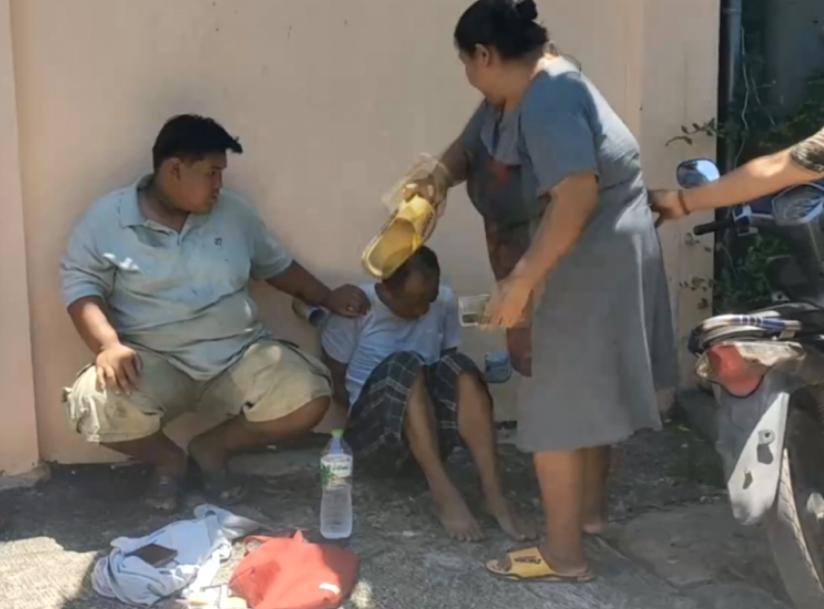 Sumalee slapped beggar-thief Ood in the face with her shoe.

Muang police were called to the store on Sri Chom Chuen Road in Mak Khaeng sub-district after locals identified the beggar-thief, Ood Khunthianpradit, 45, from Nong Wua So district.

The CCTV footage showed him going from store to store asking for food, including their very own steak house.

They had fed him several times out of pity, but on the night of July 21, they said, Mr Ood had rewarded their generosity by stealing the family’s Kawasaki BN175, which they had parked next to the store.

Somkiat Malai, 62, the owner, and his niece, Sumalee Chanruang, 41, called the police asking them to come and arrest Mr Ood.

When the police arrived, the women named Mr. Ood as the thief. Mr. Ood, rather than submit to arrest, fled into a brushwood forest behind a nearby convenience store.

The police searched for him for 30 minutes without success, then asked Sudsakorn Bussadee, an assistant to the owner, to stand guard. When Mr. Ood emerged, he grabbed him and alerted the police.

Mr Ood admitted to stealing the bike, which had a sidecar attached, and selling it for 10,000 baht to buy speed pills. When the pills ran out, he started begging again in the municipal area.

Hearing this, an angry Ms Sumalee took off her yellow plastic shoe and slapped him in the face 4-5 times as locals tried to restrain her.

“He begged for food in our store, and we fed him because we felt sorry for him. I didn’t think he would betray us like this. The bike cost 120,000 baht,” he said. she declared. Mr. Ood sold it in his native neighborhood. Police seized the bike as evidence and charged Mr Ood with theft.

Chiang Mai police were shocked when a Shan man came forward asking to be jailed for taking a speed pill the night before. 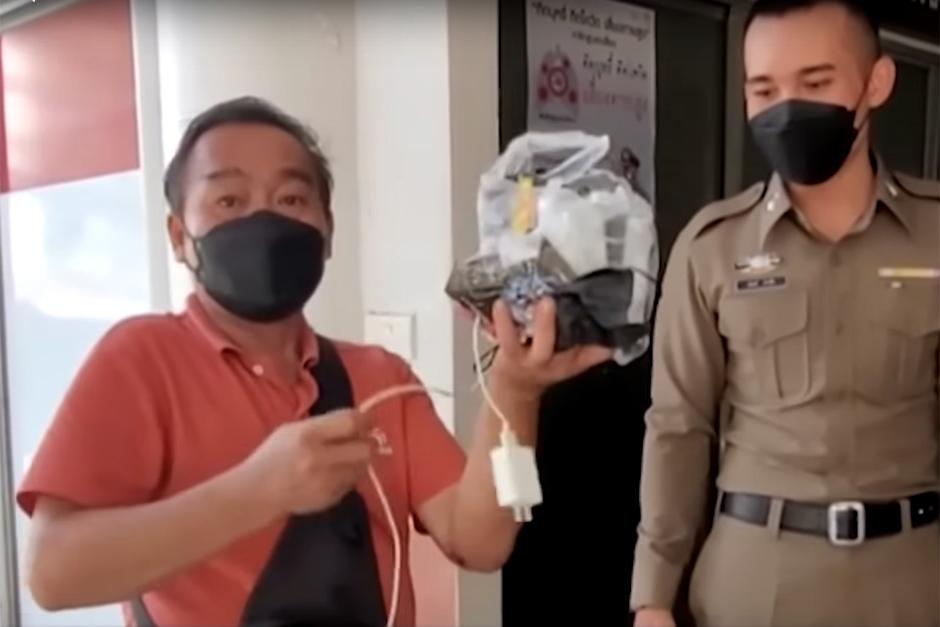 Usa arrived with a bag of instant noodles and asked the police to arrest him.

Usa (no surname given), 44, from across the border and living with his boss in Hang Dong district, arrived with a small bag of belongings and a bag of instant noodles , asking to be put on the spot.

He had taken a speed pill with friends the night before, he said, and woke up feeling guilty.

He decided to turn himself in and thought that a stay in the police cells would be an appropriate punishment.

The police asked to examine his papers and discovered that his work permit still had five years to run. They also asked about his friends, hoping to find his supplier, but Usa wouldn’t say.

The police, still puzzled as to why he would turn himself in, gave him two choices: he could undergo drug treatment as a patient or be sent to court as an offender.

Usa said he had no money to pay a fine, so he repeated his request that they put him in jail.

A urine test, however, revealed that he had no drugs in his system, further baffling the police.

However, it smelled of alcohol and they suspected that their visitor was in fact drunk.

They lectured him on the dangers of drug use and fired him.

Previous What happens to credit card debt when we get a divorce? 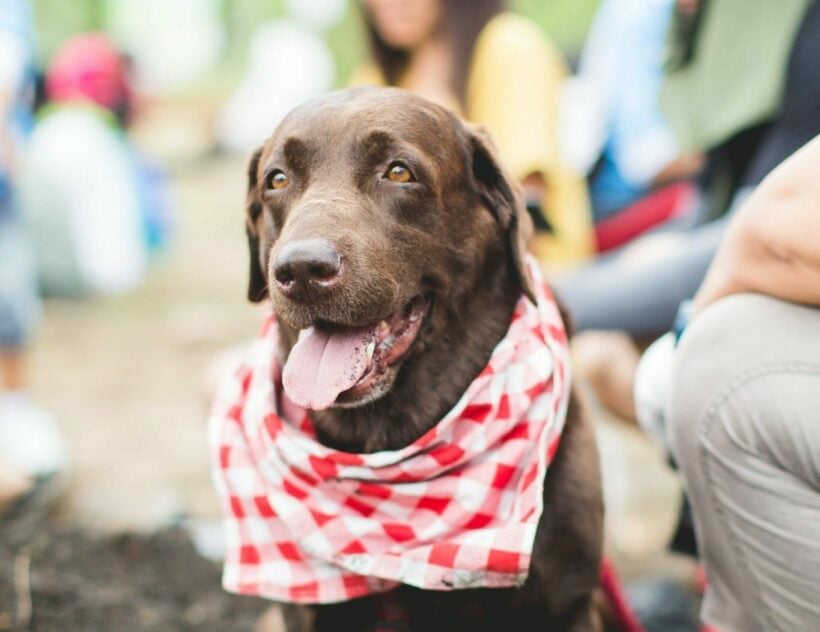 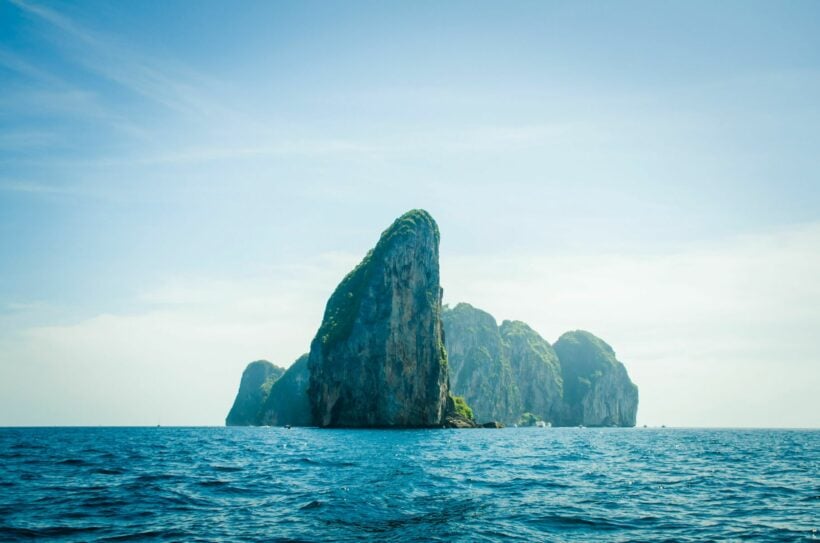 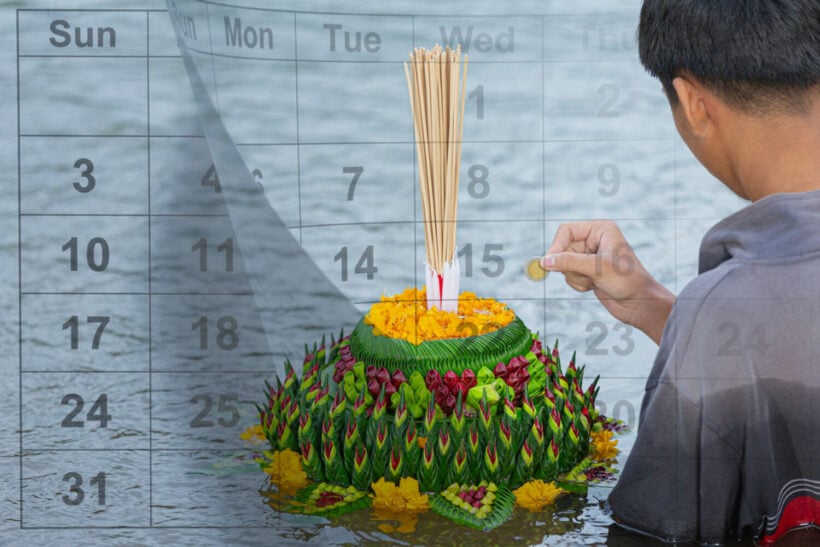 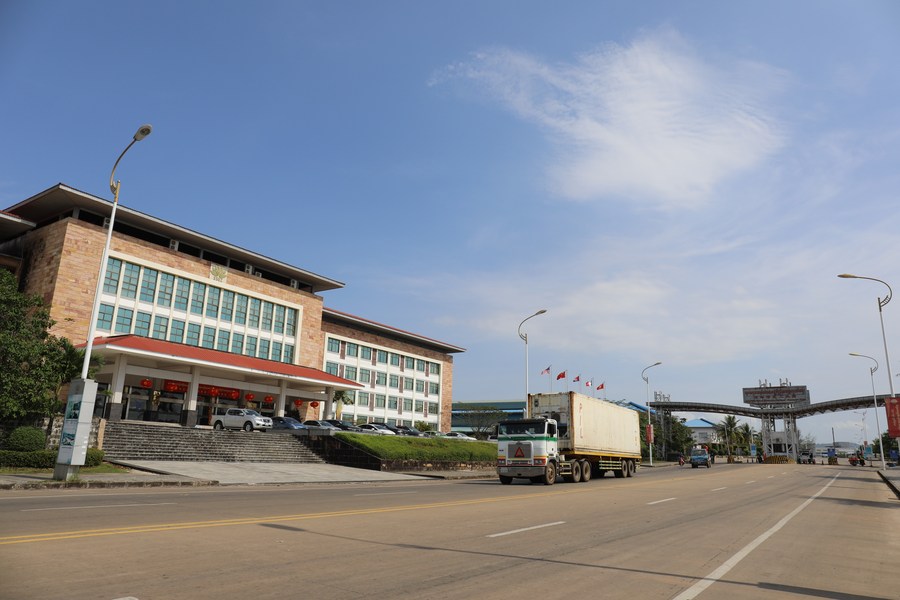